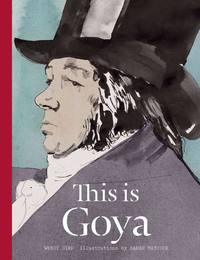 Modern art begins with Goya. He was the first to create works of art for their own sake, and he lived in a time of incredible cultural and social dynamism when the old concepts of social hierarchy were being shaken by the new concept of equality for all.

He saw his world ripped apart by Napoleon's armies and then suffered the reactionary backlash as the old order was restored. Against this epic canvas, Goya painted his own observations of humanity, transforming his youthful images of gaily dancing peasants into his mature penetrating studies of human suffering, despair, perseverance and redemption.

Goya's art rises above the chaos of his times, and signals the real revolution of personal expression and independent spirit that would be the generative force behind the modernist movement in art.